In the Cathedral grounds

The large Mourne granite slab marking the traditional burial place of St Patrick. A wreath is laid there each St Patrick’s Day. 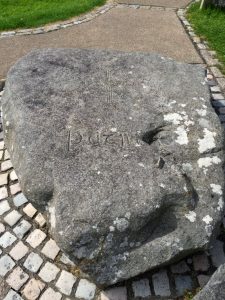 A replica 8th century St Patrick’s High Cross, original stone fragments of which are housed in the entrance porch. We invite you to place your hand in the imprint on the base and pray. 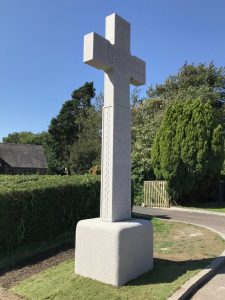 Stained glass windows include the beautiful East Window and the visitor’s favourite, the St Patrick’s Window.

The baptismal font which was originally the stone base of a 10th-11th century cross. 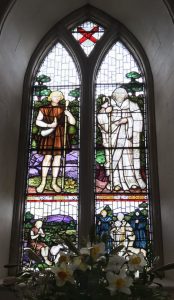 St Patrick's Window
Our web site uses cookies to deliver you the best experience. By browsing our website you agree to our use of cookies.
Got it
X