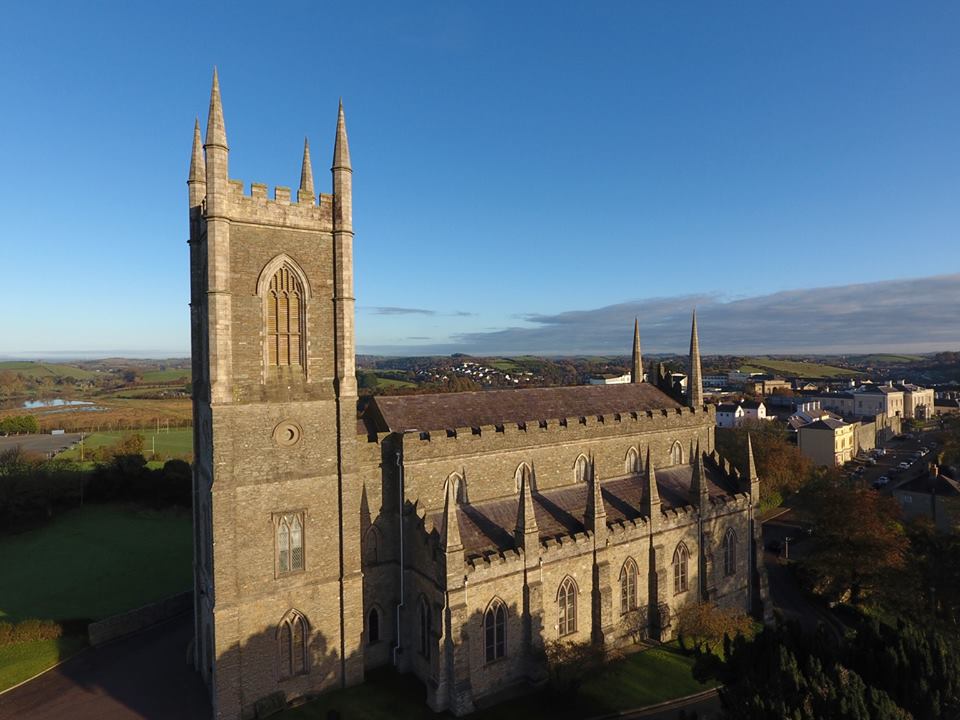 Down Cathedral played host to hundreds of international visitors on Sunday 25 June, as one of several venues in the town who welcomed delegates from the L’Arche International Federation.

Over 600 delegates have been in Northern Ireland over the past week, and the venue on Sunday for their 2017 conference was the Ancient City of Down.

As well as the Cathedral, delegates attended worship in Downpatrick Presbyterian Church and St Patrick’s Roman Catholic Church in the morning before visiting Holy sites in the area including Saul, Struell Wells and Inch Abbey. Their day in Downpatrick closed with a Festival Service in St Patrick’s in the afternoon.

Greeting the delegates at the Cathedral, the Revd Adrian Dorrian from the Lecale Area Mission Partnership (of which the Cathedral is part) extended the good wishes of the Dean and Chapter.  In the context of a service based on a new form of Morning Prayer, the theme was a simple one: ‘Jesus loves me’.

Speaking about the service, Adrian said: ‘We are used to welcoming visitors to the Cathedral, especially at this time of year, but the chance to say “100,000 welcomes” to the wonderful people from the L’Arche Communities worldwide was truly a blessing for us.’

Previous Army gifts ancient ‘Bullaun’ stone to Down Cathedral
Next Three priests ordained at Down Cathedral
Our web site uses cookies to deliver you the best experience. By browsing our website you agree to our use of cookies.
Got it
X