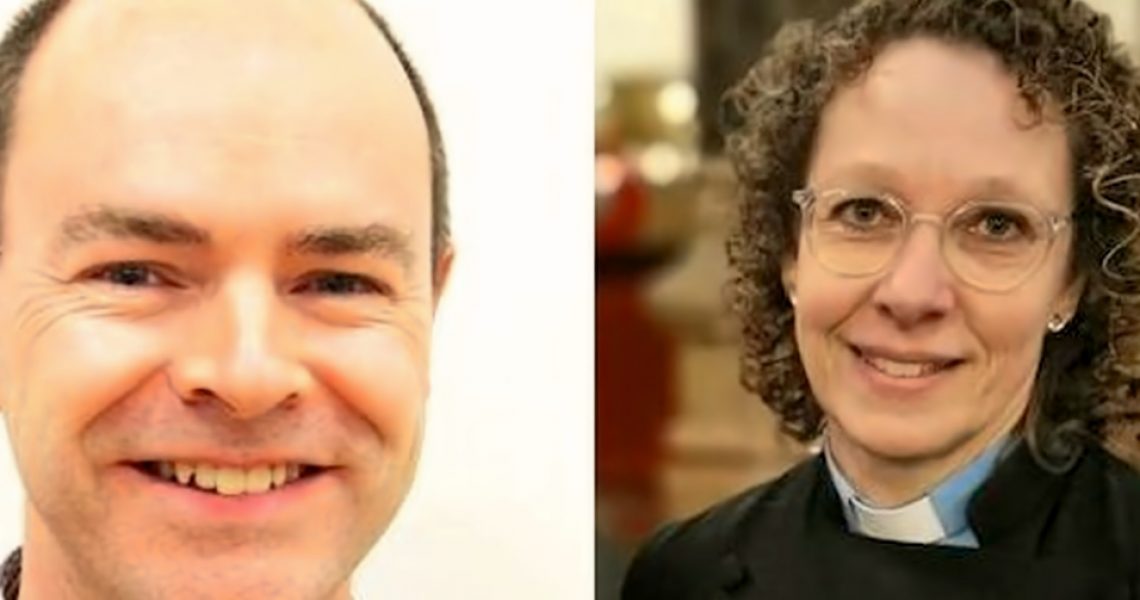 Two new canons for Down Cathedral

Revd Bill Press (rector of Knockbreda) and Revd Helene Steed (rector of Dundela), have both accepted Bishop David’s invitation to become canons in Down Cathedral.

Bill said: “I’m delighted to receive this unexpected appointment in Down cathedral. I look forward to serving God and the gospel in whatever way I can in this new role.”

Speaking of her appointment, Helene said: “It was a wonderful surprise to be appointed to Down Chapter. I feel humbled that Bishop David asked me and look forward to joining the chapter and taking part in the exciting ministry of the Cathedral under the leadership of Dean Hull.”

The Dean of Down, The Very Revd Henry Hull, welcomed the latest appointments to the Cathedral Chapter. He said: “I am delighted with the appointment of Revd Bill Press and Revd Helene Steed as cathedral canons, along with that of Canon Ken Higgins as Archdeacon of Down. I look forward to this new era for the Chapter and ministry of Down Cathedral.”

I am married to Claire and we have three children: Sam, Cara and Mark. I grew up in Ballylesson and became a Christian through the witness of Christian friends at school (Belfast Inst). Before going into the ministry I studied electrical engineering at Queen’s University Belfast and upon graduation worked for two years in a “normal job”!

After two curacies in Knockbreda and Dundonald I served as Rector of Annalong for nine years before returning to Knockbreda as rector. I am passionate about the gospel, discipleship and expository Bible teaching and preaching. My Christian beliefs have been shaped by the ministries of John Stott, Phillip Jensen and the Proclamation Trust.

I enjoy spending time with my family, reading and occasional games of golf.

Since I was ordained in 1996, my ministry in God’s Church has been varied and rewarding. After nine years of rural ministry in southwestern Sweden, in 2004 my English husband Christopher, an historian, and I moved to Cork City and St Fin Barre’s Cathedral.

Our children were born in Cork. Our son William was extremely premature and lived for nine weeks. His life was short, but he left an everlasting impression on us and we treasure our memories with him. Our daughter Grace was born eighteen months later. She brought and still brings, life and hope and many laughs.

In 2008 we began the next chapter, this time in Co Monaghan where Scotshouse and the Clones Group of parishes became our home for the next eight years. During the years in Clones, I served as Rural Dean, a member of the Cathedral Chapter and during my latter years, I was appointed Archdeacon of Clogher, with additional diocesan leadership responsibility and involvement. In 2016 we moved further north to Belfast and St Mark’s Dundela.

Throughout my ministry, I have always been stimulated by theological endeavours. I have served on several international church commissions and ecumenical dialogues between Anglicans and Lutherans and now presently on the International Reformed Anglican Dialogue that is now completing its work on Koinonia. I am also the Church of Ireland Porvoo contact person.

As a family, we read widely, enjoy going to the theatre and concerts and we all take pleasure in the freedom of fell–walking.